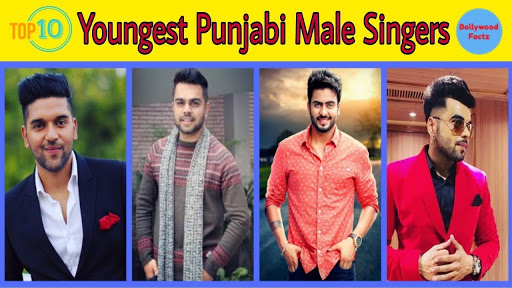 These Are The Top youngest Punjabi singers Of 2018

As one of the most diverse music style, Punjabi music is an inculcation of genres like folk and Sufi classical to Pop, Rap and Hip-hop music. It has managed to hold on to the essence of Punjabi folk while experimenting with flavours of western music like Hip-hop, R&B and Rap. With the growing popularity of... Read More

As one of the most diverse music style, Punjabi music is an inculcation of genres like folk and Sufi classical to Pop, Rap and Hip-hop music. It has managed to hold on to the essence of Punjabi folk while experimenting with flavours of western music like Hip-hop, R&B and Rap. With the growing popularity of Punjabi music worldwide, there are many emerging artists with fresh talent, ready to take place in the industry. The advent of social media has been a catalyst in the process, spreading the popularity of upcoming releases and artists for the fans. And like they say, “ You can take a Punjabi away from Punjab, but not Punjab away from a Punjabi!” – the fan base is loyal and large and not just limited to Punjab, they are spread worldwide. Major Record Labels, as well as upcoming ones, are always on the search for new and young talent. Even Bollywood is always on the search for the next big thing – especially as Punjabi artists are already popular as independent artists along with their songs in movies.

This 27-year-old Punjabi musician has taken the music industry by storm by releasing hits after hits.Gursharanjot Singh Randhawa or Guru Randhawa is a Punjabi singer and songwriter, popular as the hit machine with a record of releasing consecutive hit singles and albums. He was an acknowledged artist and performer in Punjab, that recently debuted in Bollywood.

Hardy Sandhu is a Punjabi actor and singer that rose to prominence with both his first track releases and movie debuts, for his talent.Hardevinder Singh Sandhu, better known by his stage name Hardy Sandhu. His rising to prominence is accorded to songs like “Soch” and “Joker” and made his acting debut in “Yaaran da ketchup”.  You can read about girlfriends, money and biography of hardy sandhu here.

Akhil is new Punjabi vocalist of the Punjabi music industry, with a master’s in arts in music.

Jassi (30 years) started out as a screen actor, and then started singing as well.Jasdeep Singh Gill, better known as Jassie Gill, is an Indian singer and actor of Punjabi origin. He made his debut with the Album “Batchmate” and the hit song “ Chudiyan” in 2011. He has also acted in popular Punjabi films.  His debut album “Batchmate” was a hit, with the track “Chudiyan” becoming really famous. Known for his good looks, Jassi is also on the list of the best Punjabi playback singers in the world.

MankirtAulakh ended up getting noticed with his vivacious tunes like “Jugaadi just” and “Gallen Michigan”. Both becoming blockbusters, he gained a lot more popularity earning him the number 4 spot in the top youngest Punjabi singers.

This Punjabi vocalist and lyricists have swept people off their feet with his splendid singing abilities. He has been in the spotlight for his melodious tunes.

Jagdeep Singh aka J-star is a Punjabi musician that rose to fame with the track “Gabru”. He has collaborated with other well-known artists of the industry. His tracks are one of the most downloaded tracks on the internet.

33-year-old BabbalRai is one of the most popular emerging vocalists of the Punjabi music industry. He has also acted in popular Punjabi movies.

Ammy is a Punjabi on-screen actor and vocalist. His debut album got him an award for the best debut in music. As one of the most loved artists, he has released many other hits ever since.

Parmish Verma is a Punjab-based model, actor, and director. Apart from his music video direction, his debut in one of the music videos made him rise to fame as he is known for his handsomeness.Parmish Verma is a Punjab-based model, actor, director, singer. With his music, and music video direction getting huge name and fame, he has starred in popular Punjabi films. He is also famous for his good-looks and fitness. He has also starred in recent Punjabi films. Read net worth, girlfriends and biography of parmishverma here.

So these youngsters are going to rock the 2018 with their powerful so be ready to listen their voices.

brainybatch
View All Posts by Author