What Are Some Best Practices for Event-Based Architecture?

Event-based architecture or event-driven architecture (EDA) is a software design approach in which an application is decoupled into a set of small, independent components that communicate with each other by generating and responding to events. EDA has several benefits over traditional architectures, including improved scalability, flexibility, and maintainability. Keep reading to learn about some best... Read More

Everything You Need to Know About Industrial Chillers Manufacturers

Event-based architecture or event-driven architecture (EDA) is a software design approach in which an application is decoupled into a set of small, independent components that communicate with each other by generating and responding to events. EDA has several benefits over traditional architectures, including improved scalability, flexibility, and maintainability. Keep reading to learn about some best practices for event based architecture.

Event-driven architecture (EDA) is a software design pattern that enables loosely coupled systems by using events to propagate changes between components. In an EDA system, components publish events when they change state, and other components subscribe to these events to be notified of the change. This allows components to be decoupled, developed and deployed independently.

One of the benefits of using an event-driven architecture pattern is that it enables you to scale your system. When you add new components, you subscribe them to the appropriate events. You don’t need to make any changes to the existing components for them to interact with the new component. This makes it easy to add new functionality and grow your system without affecting its stability.

Another benefit of an event-driven architecture pattern is that it makes your system more responsive by publishing events as soon as a change occurs. Rather than waiting for a request from another component, you minimize the time that elapses between a change and when it’s reflected in the user interface. This makes your system more responsive and fluid.

In EDA, events are placed into a queue and then processed in the correct order, even if they are received out of order. However, it may be necessary to process an event out of order in some cases. In this case, the event can be placed at the front of the queue to be processed first.

When should you use an event-driven architecture pattern?

EDA is a design pattern that helps you build more responsive systems to changes in the environment. It can help you avoid some of the problems when you try to make changes to a system based on traditional, request-response architecture.

In a request-response architecture, each interaction between the client and server is a request and response. The client makes a request, the server processes it, and then sends back a response. This type of architecture works well for systems where the clients and servers are relatively stable and often don’t change.

However, if the environment is unstable or the clients or servers frequently change, a request-response architecture can be challenging to maintain without causing unintended side effects.

An event-driven architecture pattern solves these problems by propagating events through the system instead of requests and responses. An event happens in the system and causes one or more other events to occur. This allows components of the system to respond independently to events as they happen, rather than waiting for requests from clients or servers.

What are the benefits of an event-driven architecture pattern?

Event-based architectures have been shown to provide several advantages for systems. One key benefit is that they can help to improve system responsiveness and scalability. This is because event-based systems are more loosely coupled than traditional message-based systems, which reduces the need for synchronization between components. As a result, events can be processed as they are generated rather than queued up and processed sequentially. This makes it possible to handle spikes in demand more easily since a new processing capacity can be added without affecting the existing system.

Another key benefit of event-based architectures is that they make tracking the system’s state easier. Events can record all changes in the system, making it possible to reconstruct the system’s state at any time. This can be useful for debugging or tracking down errors that have occurred in the past. This makes them easier to develop and maintain since individual modules can be replaced without affecting the rest of the system.

Mac vs PC for Analytics: What Are the Differences?
Previous Post
Reasons Why Travel Is Good For Your Mental Health 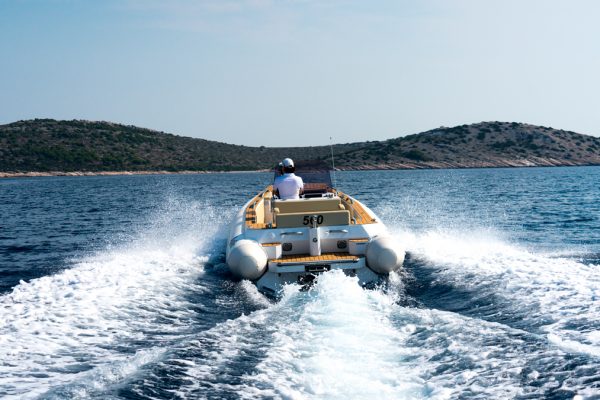